When cell phones became popular so did certain new behaviors. Telephone conversations were traditionally thought of as private activities and as the preference for the convenience of mobile apparatus gained popularity, experiments occurred.

One such common behavior existed in the hallways of large institutions in the corporate beltways of large cities. As one walked down any hall there could be seen dozens of handheld Motorola brick- phones, each one held to an ear, attached to a skull which rested atop a leaning body, with that head resting against the wall as though somehow this was a proven method for oreventing the sound waves from proceeding into the lives of nearby “others”.

A few years later there was a story going around about female college students placing their cell phones in their panties after setting them on vibrate. Cooperative boyfriends  would then call during class. Text? No. Sext? Oh, so that’s where that word came from.

This afternoon I took a break from my Friday docent activities at the Gallery@CityHall. It was cold indoors; I wanted some of that 110 degree heat. Arriving on the patio I looked around for a smoking area, wanting to keep the occupants thereof at a safe distance.

Immediately I spotted a smoker 100 feet away texting in a manner I recognized immediately. The thumb on her left hand was pointed toward Heaven. The next two digits held a ciggie and the fourth finger handled text as her pinkie mimed the usual pinkie behavior that one normally associates with drinking tea from a tiny china cup.

As she pecked away, the ash grew long and eventually fell onto the screen; with a well-practiced “whoosh” from pursed lips she blew the ash away and continued texting, saving the connection without losing a stroke.

I wondered what was so important. Was she answering her lover who always called at this time of day, each of them smoking in a different garden, each of them with a hovering pinky, each of them whooshing fallen ash without missing a stroke.

Three minutes at 110 degrees. That’s enough; back to the gallery.

LOVE on the other hand, makes all this perfectionism unnecessary.

THE SQUEAK by lee broom

How not What
By squickety squat

Squoke the Squeaker
While squeaking of What or What-not

When properly oiled
The squeaking abated

And minus the squeaking
A technique updated

Replacing the How
With the squeaker’s new Ought 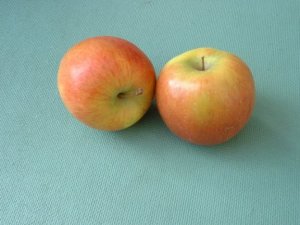 I read somewhere that the world looks exactly the same whether the perceiver is coiffed in long hair or shaved to the scalp, whether clad in blue denims or a three-piece suit. I suspect that the creator of that remark was more optimistic than realistic. OR…

Perhaps I added the word, “looks” and changed the entire meaning.

So, what happens to the power of affirmation when changes in perception capture our attention?

A lack of consonance of the cognitive variety will be greater I think, for those who place a high value on rules and opinions than those for whom the question itself has greater attraction.

“Peel yourself an apple” my father would say in response to a “WHY” question as he handed me a pocket knife whose blade now appeared  more graceful  after 200 or so years of being sharpened on whet stones in the Broom family workshops.

On one such occasion he offered me a whetstone much older than the knife itself.

“Spend an hour” he once told me, “honing this blade and another hour paring the rind in one piece, then study the completed work (the rind, not the apple.) Then eat the leftover trash (the apple, not the rind.)” And then study the peel again.

I followed Father’s advice a few times before finally understanding the lesson. His somewhat Buddhist nature was saying to me ever so quietly that The Truth I sought was in the search itself.

Today, I wore the jacket to my subtly pinstriped DC suit; I wore it over tattered  jeans with a dozen or so frayed rips and tears. Both garments gave me great comfort. Each garment was bought at Nordstrom’s San Diego, in 1983.  I wore them today with pointy toed shoes discovered on that same shopping trip.

On my return I peeled myself an apple.

AN ENQUIRING MIND IS AN OPEN MIND.

An enquiring mind is an open mind.

An enquiring mind is a scholarly mind.

An enquiring mind has nothing to prove.

An enquiring mind will fight to the last breath to defend freedom and the right to refuse to conform.

A compliant mind resents those who prioritize freedom over fairness.

A compliant mind places the community before self.

A compliant mind is an obedient mind having abdicated the need for freedom.

A compliant mind is easily controlled having relinquished the responsibility of self.

A compliant mind serves he who comes first. By placing the community first, this self is last in line.

Some speak of the person.

Some speak of the deeds.

Some ask “What shall I believe”

Is The Ego Trip a journey?

To trip  we sometimes fall.

For some a scraped up kneecap.

While others hit the wall.

For some there is discovery, art, science and a sharing of the rewards thereof.

Perhaps the Ego Trip is a WeGo trip.

A trip for one and all.

And yes, perhaps  a journey.

Perhaps we need to fall.

thebleuglasvestibule
Create a free website or blog at WordPress.com.